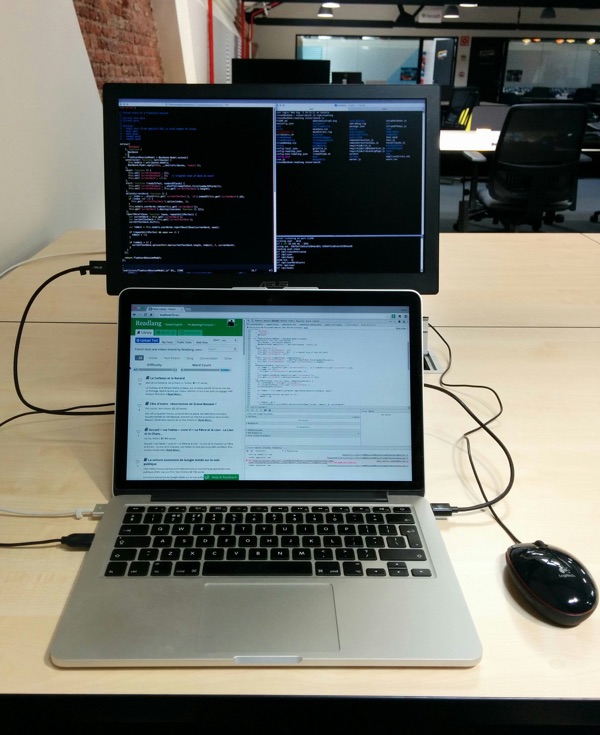 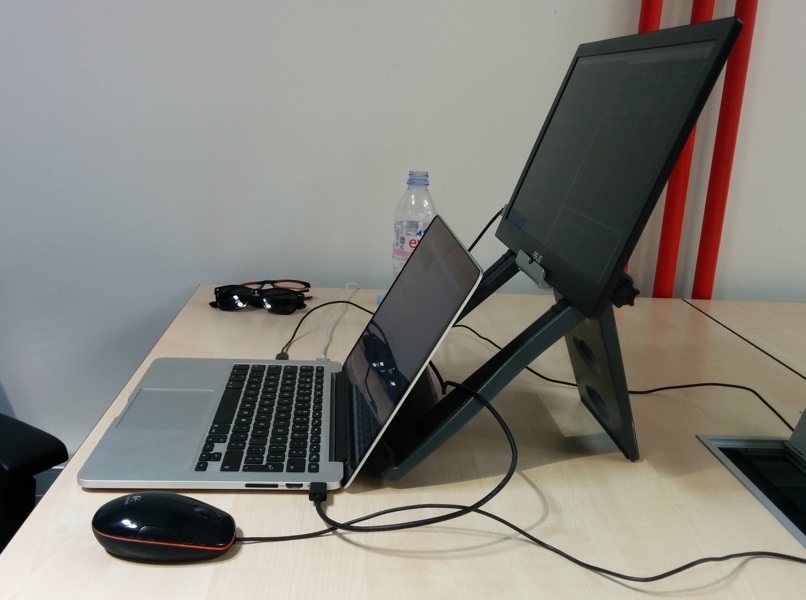 Since this isn’t a common use case, I had to improvise… The stand is a clumsy combination of laptop stand and tablet stand, with a little bit of rubber wedged in to tilt the monitor.

This setup has the following advantages:

There’s still room for improvement however…

I’ve been using this only a short while, but so far it’s a huge improvement over the laptop on its own, and allows me to work away from home without affecting productivity too much.

UPDATE: After forgetting to pack my laptop stand one day, I decided to scour the flat for something that could permanently live in my backpack. I found this which works surprisingly well, it’s lighter, keeps the monitor closer to the laptop, and doubles as a container for cables :-) 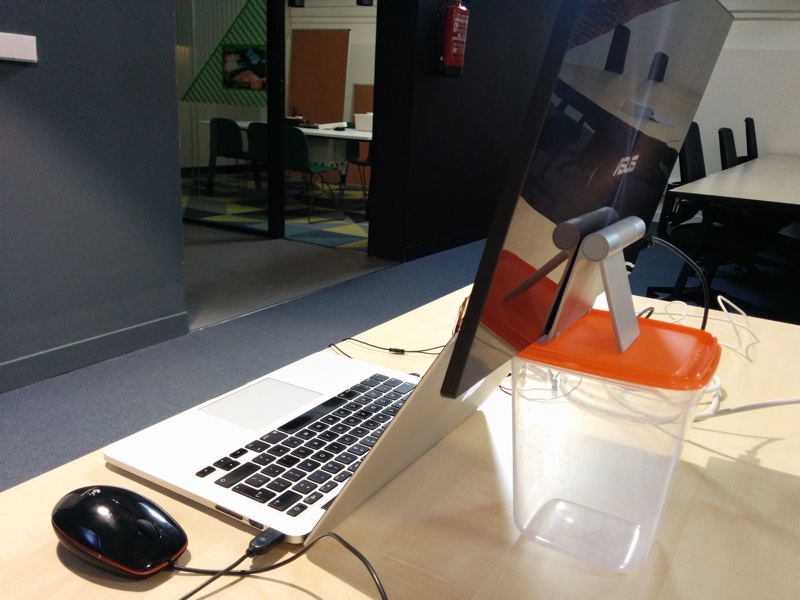 Disclaimer - the amazon links in this article contain an affiliate code. I didn’t write the article to make money from these links, but since I was linking to these products anyway I thought it was worth experimenting.